At first, we have to realize that working with the new chakra’s will mean that you have the possibility to change. For the last 80 years, we worked with the seven known chakra’s: Basic-, Sacrum-, Solar Plexus-, Heart- , Throat-, Third eye-, and Crown chakra. One of them – the third eye – you see below.

This is a detail of the third eye chakra, that helps us to get insight in our self.

Nowadays as Aquarius came into force, we have to deal with new insights. There will be more connection between earth and universe for each of us. We have to get new ideas for doing so.

The new Spleen chakra and Thymus chakra will be the first two chakra’s we have to deal with. Both chakra’s will guide us into the new connections, there will be more peace and love for all of us, including ourselves.

In the coming time these chakra’s work out their dedication and we – people – will be in contact with them. But before doing so, it is good to draw all the seven chakra’s, so that your body is aware of them and have implemented the character of each of them. You want to start? See my workbook  The Western and Eastern chakra’s, published by Akasha, Eeserveen.

As in the beginning I was writing My Blog Mandala very often. It was a fine site in WordPress and I would like it to be online again.

Please help me out how I can reset it in dhdakini2012.com 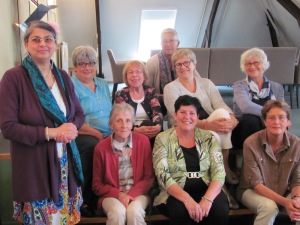 On My Blog Mandala I want to let you know, that a new time has arrived, in which the Educatief Mandala Instituut grows out and become a grown up. Nowadays, we can be inspired on our new place where the training take place: the Dominicanenklooster te Huissen. It is a beautifull convent where I have been a mandala teacher for seventeen years already.  Now my students can be with me in that fine and delicate environment. I am very glad that we have place there for the coming three years. 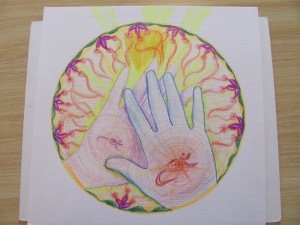 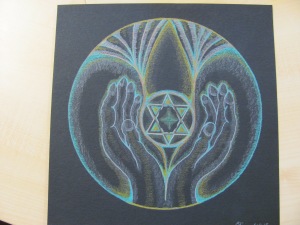 The first extra training day on mandala drawing on Black and White was a great succes. Our hands are giving and receiving, that is our work and the job we practice. Let this special Education Mandala Institute bring many students to their goal: becoming teachers on Mandala & Numerlogy! I wish them all the luch, trust, love and perseverance they need. 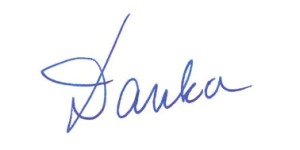 New students come for the  first year to grow for themselves.

Students from the year before come to become Mandala teachers and Numerology experts. 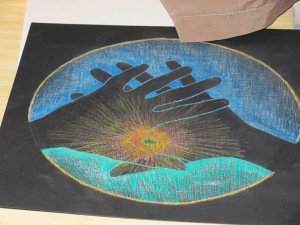 They all will grow, because that is the only way to get development in your life.

I like to gratulate both groups, because of their courage and investment in themselves. As I know myself: this is the start of new life, for them as well as it is for us: teachers and for the Dominicanenklooster too. I wish all of them them very beatifull experiences in mandala and numerology! 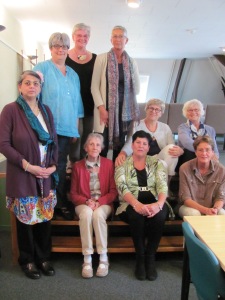 The students of this year Group I and Group II and the teachers: Initiator Danka Hüsken-Smit and Mieke Mudde-van den Bos. I am very proud of the teachers at Educatief Mandala Instituut

who shares so much with me and make it possible with me to make my dream come true. Also thanks to the students, who have the faith in our Institute to go for it. Well done!